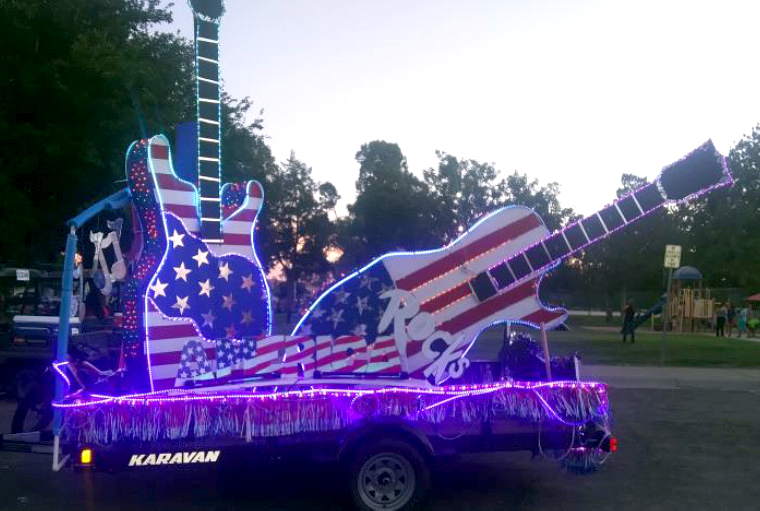 New Mexico proudly participated in the City of Las Cruces 2019 Electric Light Parade and won 2nd Place in the Commercial Division. Held in July, this year’s theme was “America Rocks!” What an amazing float!! New Mexico – you rock!!

“The ownership and the effort from these employees – Anna Enriquez, NM Retention Agent,and Gina Zimmerly, NM Recruiter – is unmatched! With no direction or support, they envisioned the idea, designed the float, constructed the float, and drove the float in the parade. They did the work of 10 people and displayed a creativity and self-reliance we don’t often see. We are blessed to have them.” ~ Don Christiano, Senior Vice President

“Anna Enriquez, NM Retention Agent, and Gina Zimmerly, NM Recruiter, worked long hours, day and night to produce our award winning float. Anna drew the eagle by hand! She is quite the artist. Both Anna and Gina thought of the idea for the float and executed it brilliantly! The lights on the guitar were the perfect touch to the electric light parade. This is the 3rd year New Mexico has participated in the 4th of July celebration, and each year our floats get better!” ~ JoAnn Ramos, HR Manager